The Valadon Drama: the Life of Suzanne Valadon (Paperback) 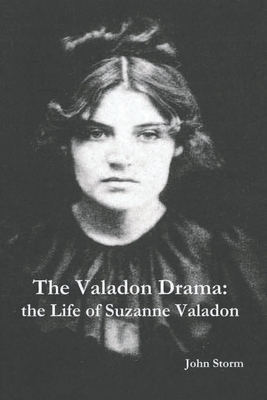 The Valadon Drama: the Life of Suzanne Valadon (Paperback)

Suzanne Valadon, born in 1865 of an erratic mother and an anonymous father, was by the very circumstances of birth destined to live an unconventional life. Her volatile nature, her sensuality found fallow ground in the surging, twisted streets of Montmartre, where her mother, lost in an alcoholic fog, sought oblivion. Her early antics as an outrageous gamine did little to indicate the creative and emotional richness that were to distinguish the later life of this tiny and vivid person. By the time Suzanne was in her teens, she not only was a favorite model of the Montmartre artists, but had found a means of expression in her won passionate and spontaneous painting. As a close friend of Lautrec and Degas, as the mistress of Renoir, Satie and countless other artists, and as the wife of the much younger Utter, the fabric of her life consisted of two dominant threads -- the love of painting and the love of love. Alternating between extreme affluence and poverty, it was not until her son, Maurice Utrillo, was in his teens that she became obsessed by her role as mother. Convinced that her son was the greatest living painter, tormented by his maniacal urge toward self destruction, she attacked the problems of motherhood with the same intensity with which she pursued admiration. Her battle for Maurice's sanity and love, however, was waged too late, and she met her ultimate defeat in a lonely, wistful withdrawal into herself and the past.

A full and dramatic biography of a woman, her son, and the rich if confused climate which nurtured them. Of particular interest to enthusiasts of the impressionist and post impressionist school, John Storm's careful factual recapitulation is easily as dramatic and entertaining as the available fictional treatments of artists' lives. (Kirkus Review)