The Trials of Ann Rumsby (Paperback) 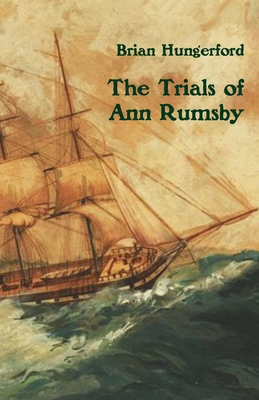 The Trials of Ann Rumsby (Paperback)

In his first week of research in Sydney's Mitchell Library, where he sat, unearthing the life of Louisa Lawson, mother of Henry, for his first radio play in 1956, Brian Hungerford lost concentration when he noticed a boxed paragraph about an illiterate, teenage-convict girl who had demolished the ruling 'exclusives', a group of magistrates led by the Reverend Samuel Marsden. There was no further information. The play on Louisa Lawson was a great success and after two months, of daily research, Brian eventually discovered his convict's name: Ann Rumsby. For several years, he researched Ann Rumsby in the Mitchell Library, the National Library in Canberra and even the National Museum in London. Eventually, he was to reveal a girl who had fought colonial perversion and brutality against women and brought about a new Australia and the introduction of trial by jury. Brian returned to Australia after twenty years on secondment to FAO (Food and Agriculture of the UNO) and settled down to write a three-act play on Ann Rumsby. The play had a level of success, but he was not satisfied. He was still in love with the girl and wanted more of her. Finally he rested after this book. Ann Rumsby was a girl who all Australians should honour.