For The Crown of Nadia: First Book of Haven Chronicles Trilogy (Hardcover) 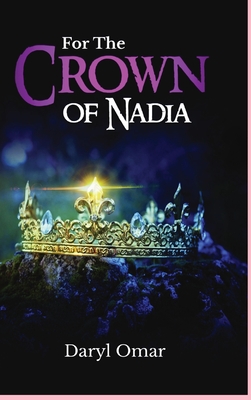 For The Crown of Nadia: First Book of Haven Chronicles Trilogy (Hardcover)


Usually Ships in 1-5 Days
(This book cannot be returned.)
Would you sell your very soul to marry the daughter of the devil, to inherit the greatest wealth on the planet, to become the most powerful man on the planet, all you would have to do is the devil's work until you die... if he allows you to die. Morgan Ellys seemed like the perfect candidate. He had a stellar military background spending a life in assassinations, espionage, and secrets. He became known as a savior of his homeland of Nadia known for rebuilding dilapidated neighborhoods and earning millions in the process. However, being 25 years old with nearly 20 years of military experience... something seemed off. A life spent in secrets because no one would tell him the truth of his royal bloodline. A life spent in espionage because would suspect a child to kill? A life spent in murder because he is the strongest force on the planet. Take a journey into magical realism, romance, fantasy, and supernatural eroticism in this modern epic.