To Belong Together: A Contemporary Christian Romance (Paperback) 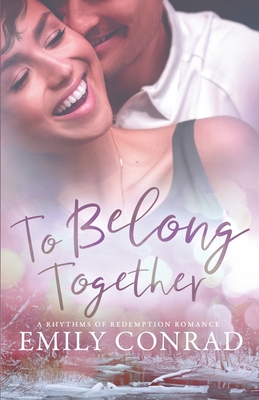 To Belong Together: A Contemporary Christian Romance (Paperback)

Could this pair of opposites belong together?

Drummer John Kennedy can keep a beat, but he can't hold a conversation, so he relies on actions to show he cares. Unfortunately, when he's instantly intrigued by a spunky female mechanic, he can't seem to convey the sincerity of his intentions. And the rejections don't stop there. His own sister is pushing him away just when he could help her most.

Erin Hirsh's life would be easier if God hadn't given her a love for cars. Only her father understood her, and she's losing him to dementia. Her brief romances have always backfired worse than a mistuned engine, and she refuses to give John the chance to wreck her heart. A rock star with a supermodel ex can't possibly see anything in her.

At least that's what she thinks until they find common ground in faith and their worsening family situations leave them each longing for a place to belong.

Order today to read this faith-filled rock-star romance about love, identity, and the quest to belong.