In The Cradle of God's Arms (Paperback) 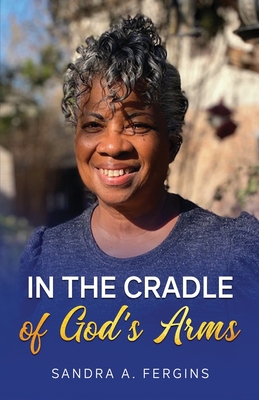 In The Cradle of God's Arms (Paperback)

Sandra Fergins holds a Master's and Bachelor's degree from Texas State University. This is her second book. Sandra is a retired music teacher who simply loved to see her students perform. She showcased many musicals along with the help of colleagues and parents that included singing, acting, costumes, dancing and beautiful backdrops for all to enjoy. It was a thrill to her to see the final production come to fruition. Her first music teaching position was at Carl Schurz Elementary in New Braunfels, Texas. Sandra loves to sing, play the piano, write poems and music. She's completed two gospel albums that received airplay on the radio, "Pray" and "There's No Better Friend...Jesus." She also has one of the songs "There's No Better Friend...Jesus" on YouTube. Sandra's husband, Michael Fergins, is a real estate broker and teacher of real estate classes for the Alamo College District in San Antonio, Texas. Michael and Sandra started their own real estate company "Fergins & Associates Realty" in 1999. They were influenced to go into the real estate business by Sandra's dad, Howard L. Shelf, who's been an icon in real estate for over sixty years. Her mom, Angeline Shelf, retired from interior design work. Sandra has two sisters and one brother. Angela Medearis has written popular children's books and many cookbooks. She even won a cook off against Bobby Flay Marcia Orlandi is a real estate broker and also loves to cook and cater. Her brother, Howard Shelf II is also a real estate broker and music teacher. Sandra has four children: Kendra Searcy, Kenneth Prosser, Michael Fergins, Jr. and Marcy Fergins. She has eight grandchildren: Dezarae Fernandez, Julissa Castillo, Charles Fergins, Kenneth Jackson, Reginal Ryan, Jaylen Allen, Rocco DeMore and AllieRay Searcy.