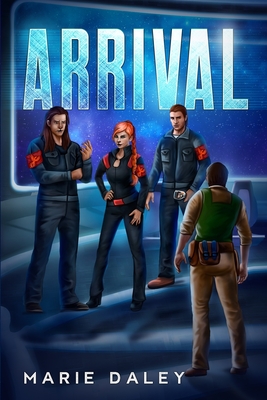 Arrival, book six in the Adventures of Ryes and Garth series, follows the story begun in Tayna's Dawn. Arrival has the starmen and humans of Winterhaven preparing for whatever ships survive the blockade run out of the Sol System by the humans from Earth. While waiting, they find the Challenger in a nearby star system, and bring her home for restoration. Now they have a space station and a massive warship. When three Earth ships arrive, they find these humans are far more belligerent than any they've met so far. Can they form an alliance? Or will the humans strive to take over everything? With Earth's very existence in danger, how can they win them over to Winterhaven's ways?