Dolley Madison and the War of 1812: America's First Lady (Paperback) 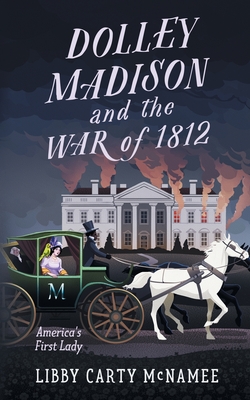 Amidst the nonstop turmoil of the War of 1812, the decisive First Lady takes action and inspires an anxious nation.

Dolley Madison faces a bitterly divided Washington City when her husband, James Madison, becomes our fourth president. The prospect of war against Great Britain threatens to tear our fragile republic apart. The "Presidentess" hosts open parties in the new President's House to unite political foes and cultivate an American identity.

When President Madison declares war with disastrous results, Dolley carries on, ignoring the threats against her. However, as British soldiers march toward Washington City, she becomes their target. Now America's Second War of Independence hinges on her. What must she do to save the United States while also saving herself?