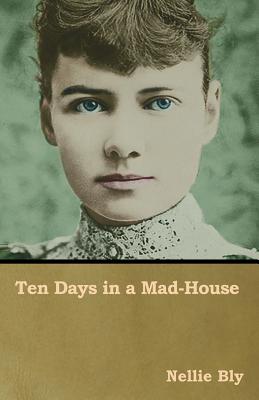 
Usually Ships in 1-5 Days
(This book cannot be returned.)
Elizabeth Cochrane Seaman (May 5, 1864 - January 27, 1922), better known by her pen name Nellie Bly, was an American journalist who was widely known for her record-breaking trip around the world in 72 days, in emulation of Jules Verne's fictional character Phileas Fogg, and an expos in which she worked undercover to report on a mental institution from within. She was a pioneer in her field, and launched a new kind of investigative journalism. Bly was also a writer, industrialist, inventor, and a charity worker. Ten Days in a Mad-House is a book by Nellie Bly. It was initially published as a series of articles for the New York World; Bly later compiled the articles into a book. The book was based on articles written while Bly was on an undercover assignment for the New York World, feigning insanity at a women's boarding house, so as to be involuntarily committed to an insane asylum. She then investigated the reports of brutality and neglect at the Women's Lunatic Asylum on Blackwell's Island. The book received acclaim from critics at the time. Accumulation of her reportage and the release of her content brought her fame and led to a grand jury investigation and financial increase in the Department of Public Charities and Corrections. (wikipedia.org)