Matters of the Hart (MP3 CD) 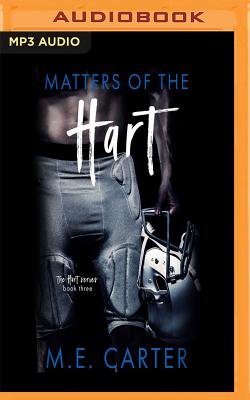 Matters of the Hart (MP3 CD)

This is book number 3 in the Hart series.

My name is Jaxon Hart.

From the second I laid eyes on Annika Leander, I wanted to help her. Protect her. Vindicate her. But she's got baggage to get through. Hell, we both do.

A funny thing happens, though, when you finally connect with someone in a different way than you ever have before. The baggage doesn't seem so heavy.

I suppose that's really the only thing that matters when the heart gets involved.