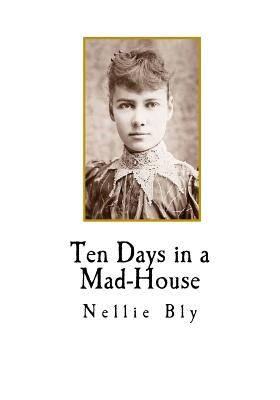 
Usually Ships in 1-5 Days
(This book cannot be returned.)
Ten Days in a Mad-House by Nellie Bly. The book was based on articles written while Bly was on an undercover assignment for the New York World, feigning insanity at a women's boarding house, so as to be involuntarily committed to an insane asylum. She then investigated the reports of brutality and neglect at the Women's Lunatic Asylum on Blackwell's Island. Since my experiences in Blackwell's Island Insane Asylum were published in the World I have received hundreds of letters in regard to it. The edition containing my story long since ran out, and I have been prevailed upon to allow it to be published in book form, to satisfy the hundreds who are yet asking for copies. I am happy to be able to state as a result of my visit to the asylum and the exposures consequent thereon, that the City of New York has appropriated $1,000,000 more per annum than ever before for the care of the insane. So I have at least the satisfaction of knowing that the poor unfortunates will be the better cared for because of my work.