The Summer You Were There Vol. 3 (Paperback) 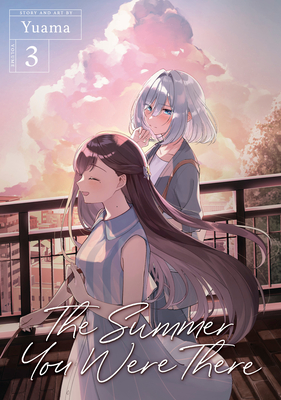 The Summer You Were There Vol. 3 (Paperback)


Coming Soon - Available for Pre-Order Now
In this yuri love story by the creator of The Girl I Want is So Handsome! (also from Seven Seas), two high school girls--one a shy writer, the other a social butterfly--try to live out a romance novel.

Shizuku is a shy girl who hardly talks to other people. Instead, she loses herself in creative writing, crafting a novel that she never plans to show anyone. But when Kaori--Shizuku's cute, popular classmate--gets her hands on Shizuku's manuscript, everything changes. Kaori is a huge fan, and suggests that Shizuku can get inspiration for her writing if the two of them start dating! Can these very different young ladies create their own love story together?
Yuama is a Japanese manga creator best known for cute high school yuri series such as The Girl I Want is So Handsome! (originally titled Ikemen Sugidesu Shiki-senpai!) and The Summer You Were There.