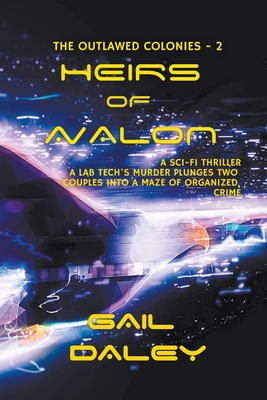 A Science Fiction Thriller About Stolen Technology and Murder.

The theft Top Secret technology is the catalyst for a lab tech's murder and plunges two couples into a web of criminal activity.

Returning home to Barsoom after a successful mission to earth, Randal brings an unexpected dividend with him: A data crystal with the formula for finding earth-type planets. When the data crystal is stolen and a lab tech murdered during the break-in, his father and his fianc e's father come under suspicion. It's up to him, Judith his fianc e, and some new friends to clear their fathers of murder, and find and retrieve the stolen crystal before it falls into the wrong hands.

Devon Morton and Tash Higgens came to Barsoom to help set up new programming for the colony's Portal to Laughing Mountain and the other Outlawed Colonies. When an important data crystal is stolen from a lab owned by Randal's father, they join forces with Randal and Judith to clear their father's names.

*The name Barsoom which is used as the name of a colony in these books, BARSOOM(R) is a registered trademark of Edgar Rice Burroughs, Inc. And Used by Permission.