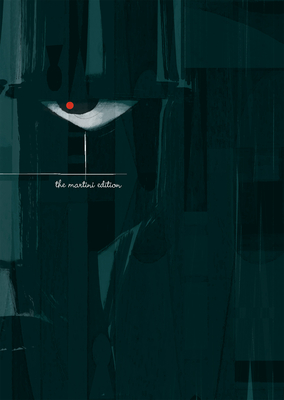 
Email or call for price
Darwyn Cooke's first two Parker books, The Hunter and The Outfit, are collected in a tremendous, special, oversized hardcover edition -- with an additional 65-pages of content -- encased in a beautiful slipcase!

Richard Stark's Parker: The Hunter graphic novel debuted in July 2008 to instantaneous popular and critical acclaim. It made the New York Times bestseller list and won coveted Eisner and Harvey awards. The second graphic novel, The Outfit, was released in 2010 and was met with similar response, and won the 2011 Eisner for Best Writer/Artist.

The Hunter and The Outfit tell the story of Parker, Richard Stark's classic anti-hero, as he returns to New York to settle the score with his wife and partner in crime after they betray him in a heist gone terribly wrong. After evening the field and reclaiming his prize, the Outfit decide to do some score settling of their own... and learn much too late that when you push a man like Parker, it had better be all the way to the grave.

Also contains the short stories The Man With the Getaway Face and The Seventh.
Richard Stark is the most famous pseudonym of world-renowned author Donald Westlake (1933-2008). In 1962 hecreated the master thief Parker and began a series of novels that have been recognized as seminal works of crime fiction. Several of Westlake's books have been adapted by Hollywood and Westlake's adaptation of The Grifters earned him an Academy Award nomination for best motion picture screenplay. Westlake has won numerous awards for his fiction and in 1993 the Mystery Writers of America named him a Grand Master, the highest honor bestowed by that prestigious society.

Darwyn Cooke (1962-2015) was a graphic designer and animator who turned his attention toward cartooning in the late nineties. Known primarily for his work on the DC line of superheroes, Cooke always had an affinity for crime fiction and has often cited the Parker books as a great source of creative inspiration. Cooke has won multiple Eisner, Harvey, and Shuster awards, as well as the National Cartoonist Society's Best Series award. In 2008 Cooke was Emmy-nominated for the animated adaptation of his magnum opus, DC: The New Frontier.