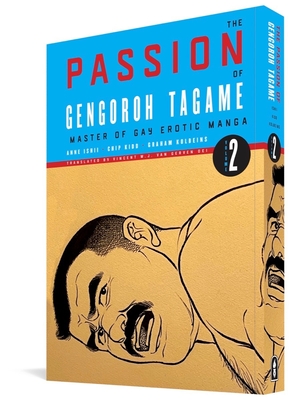 The long-awaited second English language anthology from the master of "bara" manga.

(Please note: This book is a traditional work of manga, and reads back to front and right to left.)

Gengoroh Tagame (b. 1964) is a legend in gay comics throughout the world and in the American underground. Tagame’s artwork has been exhibited internationally, and he was the founding Editor and Art Director of Japan’s most widely-circulated gay journal, G-Men.

Chip Kidd is best known for his iconic book jackets but is also a novelist, archivist, and influencer in the world of cartooning and pop culture. He lives in New York, NY.

Anne Ishii is a writer and the Executive Director of Asian Arts Initiative in Center City Philadelphia.

Graham Kolbeins is a Canadian queer filmmaker, writer, and designer living in southern California. He co-founded Massive Goods with Anne Ishii in 2013.


Vincent W.J. van Gerven Oei received his Ph.D. in Media & Communications from the European Graduate School and Ph.D. in Modern Thought from the University of Aberdeen. He is co-director of scholar- and queer-led open-access press, punctum books, board member of the Open Access Scholarly Publishing Association, and founding chairperson of the ScholarLed Foundation.

"[Tagame] demonstrates the ways in which sex and sexuality touch every aspect of our lives, and the way those things are, in turn, touched by other aspects of life."
— The AV Club