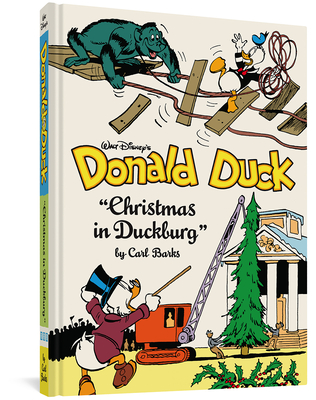 This is book number 21 in the The Complete Carl Barks Disney Library series.

In this collection of internationally acclaimed Donald Duck comics, there’s an impossible Christmas wish, a noble fireman, and a race to the South Seas!

When Donald decides to let his nephews pick their own Christmas present they choose — a Ferris Wheel! Only Uncle Scrooge can pay for a Ferris Wheel, but that he’ll only do it if Donald goes to Canada to pick up a 100-foot Christmas tree for the town square. Carl Barks delivers another superb collection of imaginative exuberance, rollicking high adventure, and all-around cartooning brilliance. Over 170 pages of story and art, each meticulously restored and newly colored.