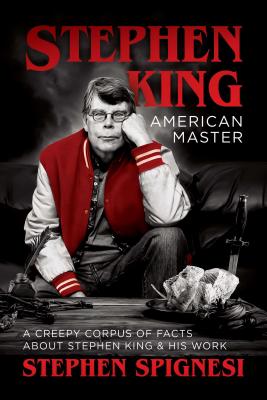 
Usually Ships in 1-5 Days
A fun and informative compendium for Stephen King fans—interviews, essays, and loads of facts and details about all of his work.

Fascinating facts, trivia, and little-known details about the Master of the Macabre’s life and work, plus interviews, essays, and insights for King fans, from the casual to the fanatical!

Stephen Spignesi is a world authority on Stephen King, The Beatles, the U.S. Presidents, the Titanic, and other historical and pop culture subjects. His first novel Dialogues was hailed as a “reinvention of the psychological thriller.”