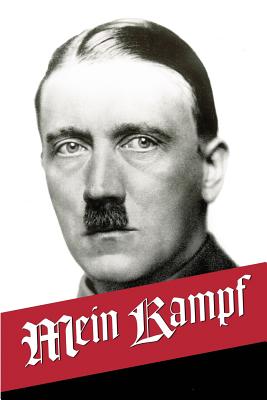 This translation is considered as the most accurate English translation/edition of the original Mein Kampf (German) by Adolf Hitler. Adolf Hitler started dictating Mein Kampf to Rudolf Hess when he was imprisoned in Festungshaft against the Beer Hall Putsch, a failed attempt of coup. Initially Hitler was naming his book "Viereinhalb Jahre (des Kampfes) gegen L ge, Dummheit und Feigheit" or in English "Four and a Half Years (of Struggle) Against Lies, Stupidity and Cowardice". The book was not an instant success as per the records of sales until the year 1931 up to 1933 when Hitler won Chancellorship in Germany. A surge in the sales could be seen thereafter when Hitler already had started distancing himself from his first literary creation, his autobiography, Mein Kampf. He was so submerged and preoccupied with his new status that he started to call it a mistake to write such book that he called "fantasy behind the bars". The tax accrued for Mein Kampf was about 405,500 Reichsmark (About $1.5 Million in 2015) at the time he took up Chancellorship of Germany when his tax debts were written off. By the time he had completed his first year as the chancellor of the Germany Mein Kampf had became an essential component of German social life. People are using the then Legendary book "Mein Kampf" for gifts, homage, education and for whatever, whenever possible. And by the time the WORLD WAR II ended the sales of Mein Kampf in Germany alone was toughing 10 Million mark. The book was running in top selling list for over a decade competing neck to neck and sometimes lagging behind the Bible. Writing a book to disseminate his ideas concerning Nazism or Fascism had been important for Adolf Hitler until he finally reached his goal of Chancellorship. However, when the first book of two volumes, could not help him much in gaining ground in German politics he wrote his next book that was never published. Later in his last years, when the war was about to end, Adolf Hitler ordered his comrades to put the original manuscript in a locker under a shelter for Air Strikes. This book was an extension of NAZI viewpoints, ideas and propaganda. Hitler used his energy to further improve the NAZI ideology and engineer new components and enhance the former ones.