All the Shah's Men: An American Coup and the Roots of Middle East Terror (Hardcover) 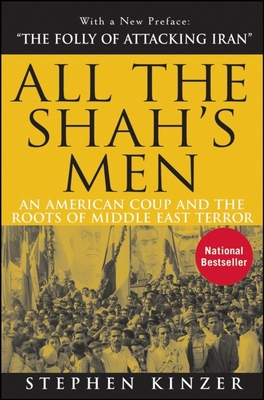 All the Shah's Men: An American Coup and the Roots of Middle East Terror (Hardcover)


Usually Ships in 1-5 Days
With a thrilling narrative that sheds much light on recent events, this national bestseller brings to life the 1953 CIA coup in Iran that ousted the country's elected prime minister, ushered in a quarter-century of brutal rule under the Shah, and stimulated the rise of Islamic fundamentalism and anti-Americanism in the Middle East. Selected as one of the best books of the year by the Washington Post and The Economist, it now features a new preface by the author on the folly of attacking Iran.