Outlaw Riding Through The Storm (Paperback) 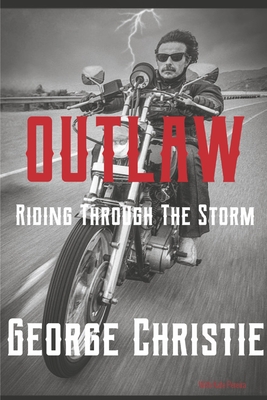 Outlaw Riding Through The Storm (Paperback)


Usually Ships in 1-5 Days
George shares some the trials and tribulations of his life as president in one of the most notorious motorcycle clubs there is.
George Christie, Jr. was born in 1947 in Ventura, California to a family of Greek immigrants and grew up as an only child. From an early age he was fascinated by motorcycles and outlaw culture, and by the time he started school his intelligence and rebellious attitude set him apart from his peers. As a teenager he became an avid surfer, who are outlaws in their own rite.

Over the objections of his father he bought his first bike, a 1957 Panhead, for $200 in 1966, and was soon hanging around with outlaw bike clubs The Question Marks, Satan Slaves and famous motorcycle customizers Von Dutch and Dick Woods. As George puts it, "some people run away and join the circus. I ran away and joined the Hells Angels." He became a full-patch Hells Angel in the Los Angeles charter in 1976 and, six months later, became president of that charter before founding the Ventura charter in 1978. His tenure as such was the longest in the clubs history, spanning 7 U.S. Presidential terms beginning with Gerald Ford and ending with Barack Obama.