Short Circuiting Policy: Interest Groups and the Battle Over Clean Energy and Climate Policy in the American States (Compact Disc) 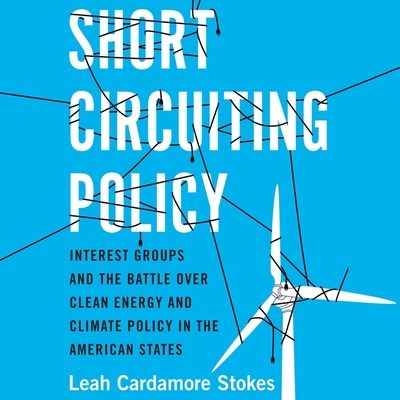 Short Circuiting Policy: Interest Groups and the Battle Over Clean Energy and Climate Policy in the American States (Compact Disc)


Email or call for price
In 1999, Texas passed a landmark clean energy law, beginning a groundswell of new policies that promised to make the US a world leader in renewable energy. As Leah Stokes shows in Short Circuiting Policy, however, that policy did not lead to momentum in Texas, which failed to implement its solar laws or clean up its electricity system. Examining clean energy laws in Texas, Kansas, Arizona, and Ohio over a thirty-year time frame, Stokes argues that organized combat between advocate and opponent interest groups is central to explaining why states are not on track to address the climate crisis. She tells the political history of our energy institutions, explaining how fossil fuel companies and electric utilities have promoted climate denial and delay. Stokes further explains the limits of policy feedback theory, showing the ways that interest groups drive retrenchment through lobbying, public opinion, political parties and the courts. More than a history of renewable energy policy in modern America, Short Circuiting Policy offers a bold new argument about how the policy process works, and why seeming victories can turn into losses when the opposition has enough resources to roll back laws.