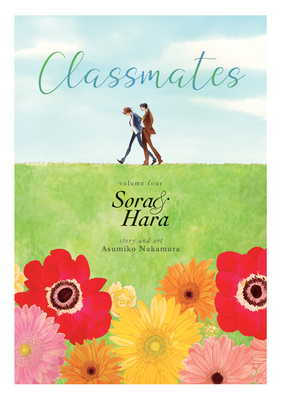 This is book number 4 in the Classmates: Dou kyu sei series.

Hara Manabu is a gay man who feels somewhat adrift in the world. He spends his days teaching at an all-boys school, his nights out on the town. While at a gay bar, he meets a young man named Sorano and feels an instant connection. But things become complicated when he sees Sorano again—as it turns out, the young man is a new student at Hara’s school. Can Hara navigate the feelings he has for a student?

Asumiko Nakamura is an acclaimed manga creator known in English for Utsubora: The Story of a Novelist, Maiden Railways, her contribution to the Neo Parasyte f anthology, and her yuri series A White Rose in Bloom, but she's best known for her Boys' Love stories, especially Classmates: Dou kyu sei.