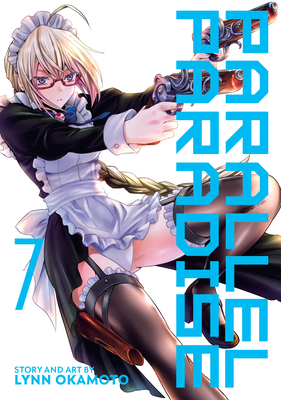 This is book number 7 in the Parallel Paradise series.

HE HAS TWO OPTIONS: MATE OR DIE

The borders between Yota’s two worlds blur as he is revived once again. Lilia warns him that it will be his last. He awakens, disoriented, to a gang of mysterious girls holding him at gunpoint. So much for his last revival. They order him to mate with them so as to break the moon curse that dooms them all to a premature death. Is Yota destined to be this world’s savior or simple breeding stock?

Lynn Okamoto is a veteran Japanese manga creator, best known for the manga and anime series Brynhildr in the Darkness and Elfen Lied, as well as the ongoing manga series Parallel Paradise.