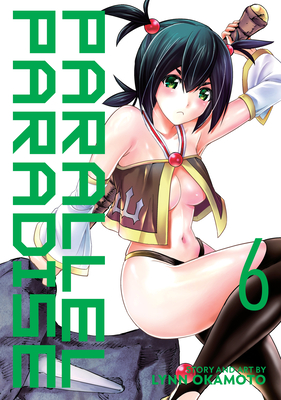 This is book number 6 in the Parallel Paradise series.

THIS IS YOUR REALITY NOW

After a horrific battle with the whale creature Cetus, Yota awakens back in the real world, his body horribly mangled. Was he killed? If so, who will pass on the knowledge of Cetus's weakness to Rumi and the girls? Yota has to fight to return from his own world, while in Rumi's world a miracle is about to take place in the tiny seaside town of Reel.
Lynn Okamoto is a veteran Japanese manga creator, best known for the manga and anime series Brynhildr in the Darkness and Elfen Lied, as well as the ongoing manga series Parallel Paradise.