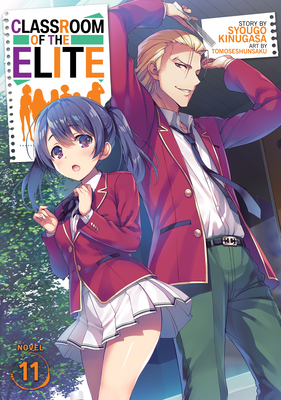 Still reeling from the shock of their first expulsion, the first-years head into the last special exam of the year–a seven-event gauntlet that sees Class A facing off against Class C, and Class B against Class D. With each class’s elected commander facing expulsion if they lose, Ayanokouji volunteers for the role to quell his classmates’ suspicion about the events of the last exam. And with Sakayanagi captaining Class A, making this the right place and right time for their long-anticipated personal showdown–he might just need that Protection Point before too long.

Syougo Kinugasa is a Japanese game writer and novelist best known for the light novel series Classroom of the Elite.

Tomoseshunsaku is a Japanese artist best known for the illustrations in the light novel series Classroom of the Elite.