Working the Kill Zone: An American Mercenary in Iraq (Hardcover) 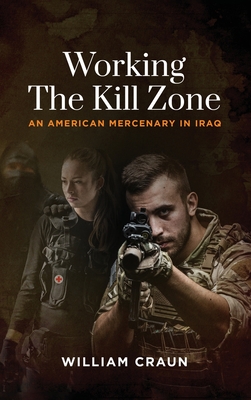 Alex is a former US Army Ranger who signs up with private military companies to work government contracts in the war zone. His antagonist, Haider, is a humble Iraqi engineer who has been out of work for a year when he is recruited to make bombs for the fledgling Islamic State. Run the most dangerous roads on earth and kick in doors with Alex, and journey with Haider as his scientific mind struggles with the message from his God.

Working the Kill Zone is a unique view into convoy, static, and personal security performed by contractors in Iraq. It is about life and death in the early years of the war as could only be properly told by someone who was there on the cutting edge of this brutal struggle. Told in such vivid detail that you will feel like you are there, here you'll find all the right ingredients: action, romance, brotherhood, and tragedy.