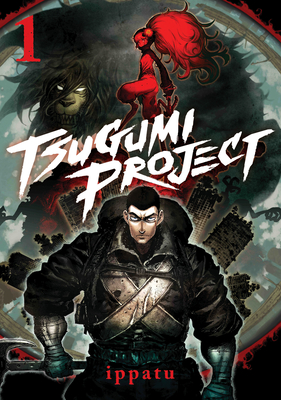 This is book number 1 in the Tsugumi Project series.

In this acclaimed, postapocalyptic action manga, a soldier named Leon is taken from his family on a trumped-up charge and dropped into a suicide mission to recover a dangerous weapon from a deadly place, a place ruled by huge, irradiated, mutated monsters--a place once known, 200 years ago, as Japan. One of the scant pieces of information they have is the weapon's codename: Tsugumi.

This gory, mysterious story, which has already thrilled readers in Japan and France, is an action-suspense epic in the vein of classics like Blame!, Spriggan, and AKIRA.

Enter a land of monsters and buried secrets. A land once known as…Japan.

More than two centuries have passed since Japan was devastated by nuclear war. Cut off from the world, the island is now a place of terror and mysteries: wonders of science some believe best forgotten, monuments to a bygone era of human decadence, and irradiated monsters ready to tear apart any humans foolish enough to set foot there.

After being wrenched from his family and falsely convicted, a French soldier of fortune named Leon finds himself on a cargo plane to Japan. He and his fellow convicts are given one year to locate a powerful weapon from ages past—a weapon known only by the codename TORATSUGUMI—in exchange for their freedom. But what is the true nature of this weapon, and how is it connected to the taloned, half-human girl who swoops in to save Leon?

A lushly drawn, post-apocalyptic action manga for fans of AKIRA, Hell's Paradise: Jigokuraku, and The Southern Reach Trilogy.
ippatu's manga debut, Tsugumi Project, was first published in France before being picked up for publication in Japanese and English by Kodansha.