Whisper Me a Love Song 6 (Paperback) 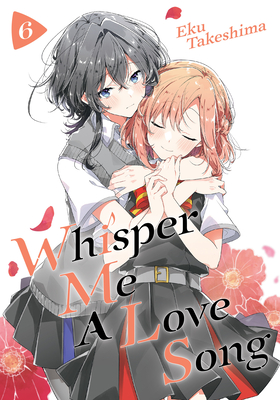 Whisper Me a Love Song 6 (Paperback)

This is book number 6 in the Whisper Me a Love Song series.

An adorable new yuri manga for fans of Kase-san and Yamada and Bloom Into You. One day, high school girl Himari sees a girl, Yori, sing in a band, and it awakens feelings she doesn't understand... but Yori does!

SSGIRLS and Lorelei are gearing up to compete at the upcoming culture fest, but when Himari agrees to become Lorelei’s manager, will it get in the way of her relationship with Yori?

Himari agrees to be the manager of Izumi’s band, Lorelei. She’s excited to take up the new challenge—but not everyone is so thrilled. Yori knows she should be happy to see Himari embracing new opportunities, but she can’t help but worry: What if Himari cheers for Lorelei instead of SSGIRLS at the culture fest? What if her new responsibilities start to take over her life? What if she likes Izumi’s singing better than Yori’s? The fact that it’s going to be summer break and they won’t see each other every day only makes her feel worse. Not to mention that Yori wants to move their relationship beyond holding hands, but she has no idea if Himari feels the same way… As Himari throws herself into her new role, blissfully unaware of her girlfriend’s inner turmoil, the two girls will have to discover how you do love after love at first sight.
Eku Takeshima is a yuri manga artist who debuted in 2015. Whisper Me a Love Song is Takeshima's first manga to be published in English.