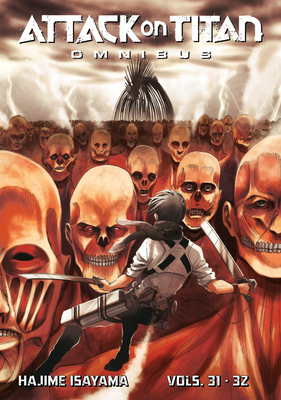 This is book number 11 in the Attack on Titan Omnibus series.

After breaking through a stronghold of old friends and enemies, Zeke hands down his plan for the Eldians to Eren. But what Eren was plotting with his rumbling powers leaves his brother in the dust, betrayed and alone once more. Now, with some help from Ymir, a parade of massive Titans are roused from their centuries-long slumber, breaking free of the Walls to answer their founder’s call. Where the march leads, only Eren knows…
With his debut series, Attack on Titan, Hajime Isayama has enjoyed a meteoric rise from unknown to one of Japan's top comics artists.