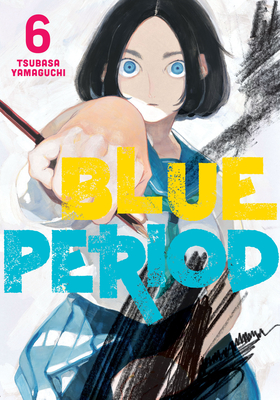 This is book number 6 in the Blue Period series.

A surprising setback before the second exam shakes Yatora up, but after everything he’s been through, he must persevere. This time, the subject turns out to be something both new and familiar... But does an average guy like Yatora stand a chance against the geniuses and prodigies vying for a spot in the nation’s most competitive art school?
Tsubasa Yamaguchi is the author of the hit manga adaptation of Makoto Shinkai's short film She and Her Cat, published in English by Vertical Comics, and the art student drama Blue Period from Kodansha Comics.