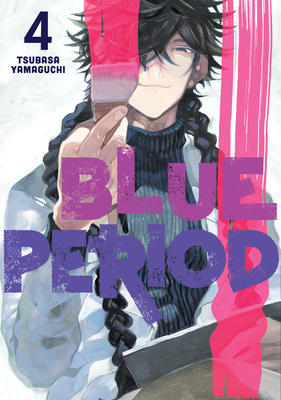 This is book number 4 in the Blue Period series.

Yatora now has new materials in his tool box and a wider range of expression under his belt. But a week before the first exam, Ooba-sensei says he’s missing a crucial edge… With so much at stake, Yatora’s self-doubt brings him lower than ever before. Still, he has his fire, his resilience—and he might just get a lucky break, too.
Tsubasa Yamaguchi is the author of the hit manga adaptation of Makoto Shinkai's short film She and Her Cat, published in English by Vertical Comics, and the art student drama Blue Period from Kodansha Comics.