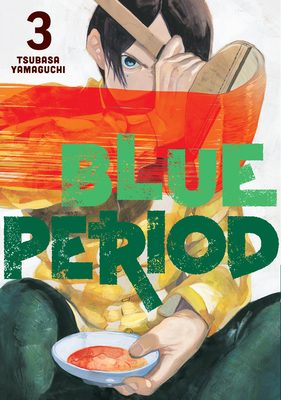 This is book number 3 in the Blue Period series.

Relief is short-lived for Yatora after his first competition, where his piece ranks higher than expected but is far from his dream school’s standards. He’s prepared to give Ooba-sensei’s challenges everything he’s got…but what if all he’s got is still not enough? With 100 days until university exams, Yatora must toil to produce a piece only he can.
Tsubasa Yamaguchi is the author of the hit manga adaptation of Makoto Shinkai's short film She and Her Cat, published in English by Vertical Comics, and the art student drama Blue Period from Kodansha Comics.