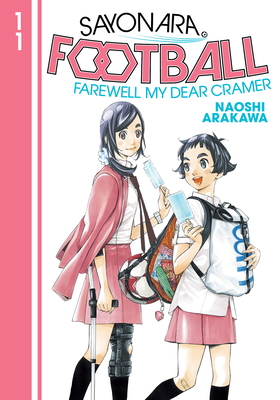 This is book number 11 in the Sayonara, Football series.

After an epic defeat of Eisen Funabashi in the semi-finals, Warabi has no time to rest as they face an even more skilled past champion in the finals. Having pulled victory out of the arms of defeat using the unlikeliest of weapons, the whole team will have to band together anew to rise to the challenge of their next opponent. Can Onda and the gang rally one more time to continue on their path towards the future of Japanese football?
Naoshi Arakawa debuted in 2009 with the soccer manga, Sayonara, Football, going on to create the hit classical music manga Your Lie in April, which was adapted into a successful TV anime. He is currently drawing high-school soccer manga Farewell, My Dear Cramer, which is available digitally and in print.