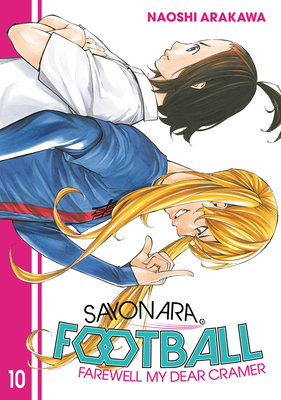 This is book number 10 in the Sayonara, Football series.

Midway through the semi-final game of the inter-league tournament, Warabi is starting to look like they have a chance at victory. But can they stop Eisen’s star players with a daring position change? They’ll need more than a few tricks up their sleeve to hold onto victory against such a difficult opponent.
Naoshi Arakawa debuted in 2009 with the soccer manga, Sayonara, Football, going on to create the hit classical music manga Your Lie in April, which was adapted into a successful TV anime. He is currently drawing high-school soccer manga Farewell, My Dear Cramer, which is available digitally and in print.