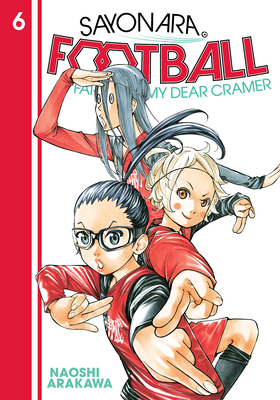 This is book number 6 in the Sayonara, Football series.

After their adventures in training and fundraising, it’s time for the ﬁrst round of the Wallabies’ ﬁrst tournament—though it’s far from a walk in the park. Onda and the rest of the team will face off against Saitama, an undefeated team with a cadre of star players. Can they pull out an underdog victory, or will the path to revenge against Kunogi disappear before it begins?
Naoshi Arakawa debuted in 2009 with the soccer manga, Sayonara, Football, going on to create the hit classical music manga Your Lie in April, which was adapted into a successful TV anime. He is currently drawing high-school soccer manga Farewell, My Dear Cramer, which is available digitally and in print.