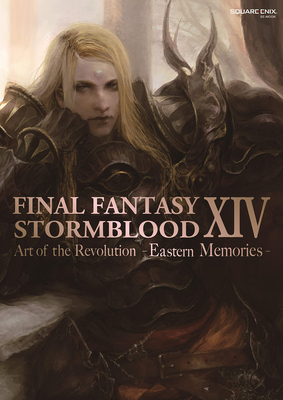 
Usually Ships in 1-5 Days
The second volume of a two-volume set of the official art books for Final Fantasy XIV: Stormblood. This new edition features hundreds of pages of full-color art, a sticker sheet, and an exclusive bonus item code! (NOTE: E-book edition does not include bonus item code.)

Return to Eorzea with the Warrior of Light via this exhaustive collection of almost one thousand pieces of concept art and illustrations, including character designs, field areas, dungeons, monsters, equipment, and more. Covering content through the end of the Stormblood expansion, The Art of the Revolution -Eastern Memories- also features messages from the art team, along with a job stone and minion sticker sheet. Book two of a two-book set with The Art of the Revolution -Western Memories-.