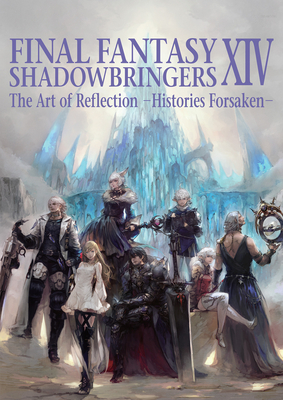 
Usually Ships in 1-5 Days
A gorgeous, oversized, full-color art book showcasing the artwork from the massively popular online video game Final Fantasy XIV. Volume one of a two-volume set with The Art of Reflection -Histories Unwritten-.(NOTE: E-book edition does not include bonus item code.)

Delve into the breathtaking world of Final Fantasy XIV: Shadowbringers in this deluxe volume featuring hundreds of beautiful illustrations of characters, environments, equipment, and more. Offering concept art, reference images, and messages from the artists, this book is a must-have not only for fans of the game but for any who appreciate top-tier game art.