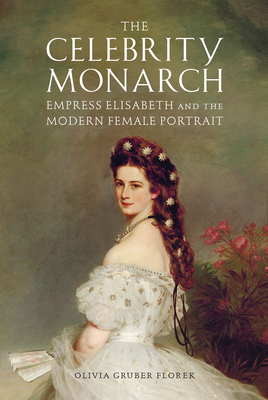 
Coming Soon - Available for Pre-Order Now
Empress Elisabeth of Austria (1837-1898), wife of Habsburg Emperor Francis Joseph I, was celebrated as the most beautiful woman in Europe. Glamorous painted portraits by Franz Xaver Winterhalter and widely collected photographs spread news of her beauty, and the twentieth-century German-language film trilogy Sissi (1955-57) cemented this legacy. Despite the enduring fascination with the empress, art historians have never considered Elisabeth’s role in producing her public portraiture or the influence of her creation. The Celebrity Monarch reveals how portraits of Elisabeth transformed monarchs from divinely appointed sovereigns to public personalities whose daily lives were consumed by spectators. With resources ranging from the paintings of Gustav Klimt and Elisabeth’s private collection of celebrity photography to twenty-first century collages and films by T. J. Wilcox, this book positions Elisabeth herself as the primary engineer of her public image and argues for the widespread influence of her construction on both modern art and the emerging phenomenon of celebrity.

Olivia Gruber Florek is an Associate Professor of Art History at Delaware County Community College in Media, PA. Her work has appeared in Sissi's World: The Empress Elisabeth in Memory and Myth (2018), edited by Maura Hametz and Heidi Schlippacke, and Representing the Habsburg-Lorraine Dynasty in Music, Visual Media, and Architecture, ca. 1618-1918 (2017), edited by Werner Telesko.