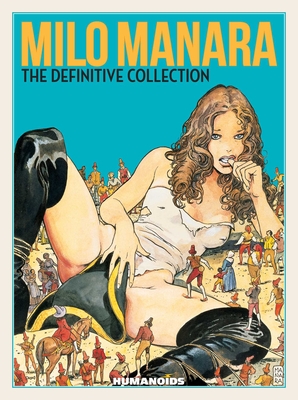 “Manara is a comics artist of uncommon ability, a master of linework and layout, whose storytelling chops deserve to be mentioned in the same breath as those of Kirby, Crumb, Toth, Mœbius.”
— ComicsAlliance.com

“Manara’s artwork is of course wonderful. He’s unlike any other creator.”
— ComicBastards.com