Albert and the Whale: Albrecht Dürer and How Art Imagines Our World (Hardcover) 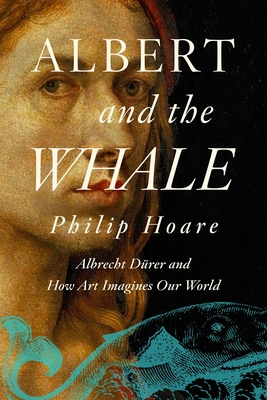 Albert and the Whale: Albrecht Dürer and How Art Imagines Our World (Hardcover)


Email or call for price
An illuminating exploration of the intersection between life, art and the sea from the award-winning author of The Whale.

In 1520, Albrecht Dürer, the most celebrated artist in Northern Europe, sailed to Zeeland to see a whale. A central figure of the Renaissance, no one had painted or drawn the world like him. Dürer drew hares and rhinoceroses in the way he painted saints and madonnas. The wing of a bird or the wing of an angel; a spider crab or a bursting star like the augury of a black hole, in Dürer's art, they were part of a connected world. Everything had meaning.

But now he was in crisis. He had lost his patron, the Holy Roman Emperor. He was moorless and filled with wanderlust. In the shape of the whale, he saw his final ambition.

Dürer was the first artist to truly employ the power of reproduction. He reinvented the way people looked at, and understood, art. He painted signs and wonders; comets, devils, horses, nudes, dogs, and blades of grass so accurately that even today they seem hyper-real, utterly modern images. Most startling and most modern of all, he painted himself, at every stage of his life.

But his art captured more than the physical world, he also captured states of mind.

Albert and the Whale explores the work of this remarkable man through a personal lens. Drawing on Philip’s experience of the natural world, and of the elements that shape our contemporary lives, from suburbia to the wide open sea, Philip will enter Dürer's time machine. Seeking his own Leviathan, Hoare help us better understand the interplay between art and our world in this sublimely seductive book.
Philip Hoare is the author of eight works of nonfiction including The Whale, which won the 2009 Samuel Johnson Prize for nonfiction. Hoare is an experienced broadcaster, a Visiting Fellow at Southampton University, and Leverhulme Artist-in-residence at the Marine Institute, Plymouth University, which awarded him an honorary doctorate in 2011. He lives in Southampton

“You can feel the delight Hoare takes in being unbound by anything but his enthusiasms. He is alternately precise and concealing. His biographical sections are both elliptical and redolent of entire lives. Somehow, Hoare’s frequent cuts between the present, the recent(ish) past and more distant history end up feeling like no cuts at all; instead of whiplash or disorientation, what results is an almost calm feeling of all these times existing simultaneously, in the moment of reading. Albert and the Whale will pull you in like the tide.”
— John Williams

"In his typically allusive and impish style, Hoare has unfurled a whole tapestry of lives connected to Dürer’s work and its themes. He extrapolates an entire cosmology, a way of seeing the world every bit as rich and penetrating as Dürer’s."
— Charles Arrowsmith

"I doubt that any other writer has grasped so deeply the feral, sensual undercurrent of Dürer’s art or has felt so acutely the artist’s attunement to the fierce animals that live in his works: the bony, narrow-headed dogs; the hirsute walrus, seemingly as ancient as the world itself; the armored rhino, as big as a house, menacing in its hardened, ornamented glory. Albert and the Whale is full of such unexpected insights into Dürer’s art, expressed with epigrammatic force and clarity. It is perhaps Dürer’s greatest achievement (and now also Mr. Hoare’s) to have shown us that this fantastical world is not so strange after all, that, in its fearsome splendor, it must be ours too."
— Christoph Irmscher

“I loved this new book by Philip Hoare. It’s a rare adventure in reading, drawing us into a swirl of narratives that mingle and resonate.  The author is always there, as art critic, historian of culture, naturalist, biographer, and memoirist. His supple voice grounds the stories, with images and refractions of Albrecht Dürer rarely far from view. The rhythms of the prose are deft, seductive. What a fine achievement!”
— Jay Parini, author of "Borges and Me"

"This beautifully eclectic book is so much more than a biography of the great artist. This is a book to immerse you. Like the sea in which its author swims daily, it braces and embraces. It beckons us ever on."
— Rachel Campbell-Johnston

"Albert and the Whale is visionary: a tone poem put together from the lives of others. This book is all about shockwaves... Hoare is intoxicated by Dürer’s version of the natural world, which threatens to be more vivid, more essential than the real thing. This harmonious and enviably conceived book manages it with full marks."
— Jonathan McAloon

"From Dürer to David Bowie, a delightfully eclectic study of the natural world and art."
— Michael Prodger

"Marvelous, unaccountable. Its strange charisma, the book’s fluidity, the unpredictability of which disrupts everything, transmuting whatever is steeped in it into something rich and strange."
— Kathryn Murphy

"Although it centers on Dürer's life and work, Hoare summons up numerous other figures - from Luther and Shakespeare to David Bowie - and somehow makes them relevant to the Renaissance painter. A book of dazzling insight and liquid beauty, Albert and the Whale is Hoare's greatest work yet."
— The Week

"Hoare’s deep and illuminating responses to Du¨rer’s iconic self-portraits and empathic portraits of animals inspire questions of sexuality and of our use and abuse of other species, especially whales. In contemplating Du¨rer’s virtuoso skills and gripping 'vision of the dark, the beautiful, and the strange' and sharing his own immersive appreciation of nature and art, Hoare forges a new, reorienting, and exhilarating perspective."
— Booklist

"In Albert and the Whale Hoare moves beyond his own hand, which has hitherto brought hybrid biographies, memoirs and tremendous books on the sea and whales, to make something reckless, marvelous and unforgettable. Dürer would have loved it. So will you."
— Horatio Clare

"If Albert and the Whale were a room, it would be an alchemist’s laboratory with a stuffed crocodile suspended from the ceiling, full of freaks and fascinations, reef-encrusted in time. Hoare’s lush imaginings sweep you through 500 years on a sea of connections."
— Sue Prideaux

"More slippery than a straight biography, the book instead swoops cormorant-like into Dürer’s life and times. Albert and the Whale glitters with arresting details."
— The Economist

"This idiosyncratic account of the life, work, and afterlife of the Renaissance artist Albrecht Dürer considers how art imagines our world. Hoare shows Dürer’s responsiveness to his times, and places his subject in a surprising lineage of artists including William Blake, Marianne Moore, Thomas Mann, and Andy Warhol. These comparisons elucidate Dürer’s radicalism, and establish him as a revolutionary and thoroughly modern artist. Hoare writes, 'Before Dürer, dragons existed; after him, they did not.'"
— The New Yorker

"A masterpiece, a riot, a meditation, an illumination, and most definitely for reasons that will be apparent when you live inside its pages, a day at the beach."
— Simon Schama