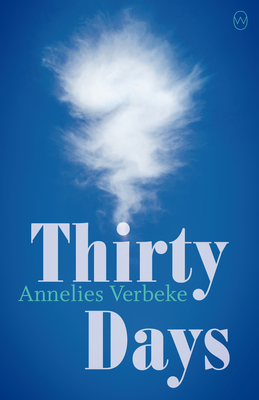 
Usually Ships in 1-5 Days
With a sharp and observational eye, Annelies Verbeke takes a funny, imaginative, and perceptive look at the realities and absurdities of human interactions, relationships, and everyday life.

Verbeke matches poetic prose with a cast of intriguing characters and unexpected plot twists. Our protagonist is Alphonse, a Senegalese immigrant who uproots his life in Brussels to become a handyman in a rural district in Flanders. Likable and charismatic, people cannot help but reveal their secrets, desires, and unexpected dreams to him. In her typically astute style, Verbeke weaves a vivid and thought-provoking tale of contemporary life, subtly touching upon timely themes such as refugees and racism.

Thirty Days is a deeply moving story about love, outsiders, and the human need to connect, compellingly translated from the Dutch by Liz Waters.

Annelies Verbeke is a writer of novels, short stories and essays. She is also a screenwriter, playwright and magazine and newspaper columnist. She made her literary debut in 2003 with the much-acclaimed novel Sleep! which sold over 75,000 copies. Thirty Days was the winner of the F. Bordewijk Prize for Best Novel, the NRC Book Award for Best Dutch-language Novel of the Year and the Opzij Literature Prize. Verbeke's books have been translated in 24 countries. LIZ WATERS is a Dutch-to-English translator based in Lelystad, the Netherlands. After finishing her studies at the University of Manchester, she worked for some years with English-language texts and at a literary agency in Amsterdam before becoming a full-time translator of literary fiction and non-fiction. Authors whose books she has translated include Ida Simons, Geert Mak, Linda Polman, Fik Meijer, Paul Scheffer, Lieve Joris, Jaap Scholten, Luuk van Middelaar, and Douwe Draaisma.