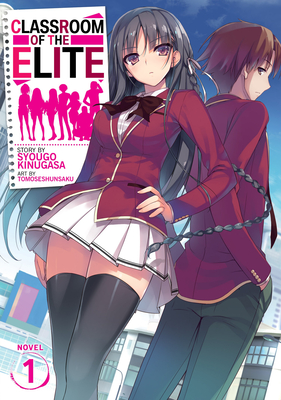 
Usually Ships in 1-5 Days
The cutthroat school drama light novels that inspired an anime! Students of the prestigious Tokyo Metropolitan Advanced Nurturing High School are given remarkable freedom—if they can win, barter, or save enough points to work their way up the ranks! Ayanokouji Kiyotaka has landed at the bottom in the scorned Class D, where he meets Horikita Suzune, who’s determined to rise up the ladder to Class A. Can they beat the system in a school where cutthroat competition is the name of the game?
Syougo Kinugasa is a Japanese game writer and novelist best known for the light novel series Classroom of the Elite. Tomoseshunsaku is a Japanese artist best known for the illustrations in the light novel series Classroom of the Elite.