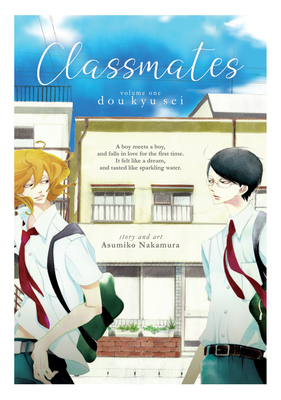 This is book number 1 in the Classmates: Dou kyu sei series.

The touching Boys’ Love story that inspired a hit animated film, in an all-new translation for digital and print. Hikaru always thought his classmate Rihito was kind of a snob, until he stumbles across Rihito secretly practicing a song in an empty classroom. Hikaru agrees to become Rihito’s music tutor, and with each lesson the two boys grow closer. But when Hikaru realizes that he’s fallen for Rihito, will they stay classmates or become something more?
Asumiko Nakamura is an acclaimed manga creator known in English for Utsubora: The Story of a Novelist and her contribution to the Neo Parasyte f anthology, but she's best known for her Boy's Love stories, especially Classmates.