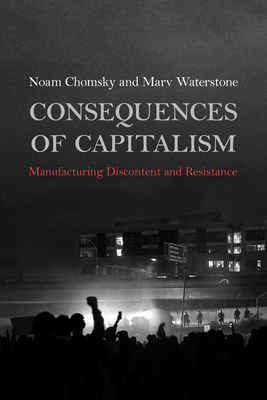 Covid-19 has revealed glaring failures and monstrous brutalities in the current capitalist system. It represents both a crisis and an opportunity. Contests for controlling the narratives around the meaning of this pandemic will be the terrain of struggle for either a new, more humane common sense and society or a return to the status quo ante. The outcome of those contests is uncertain; everything depends on the actions that people take into their own hands. --From the Afterword

Is our "common sense" understanding of the world a reflection of the ruling class's demands of the larger society? If we are to challenge the capitalist structures that now threaten all life on the planet, Chomsky and Waterstone forcefully argue that we must look closely at the everyday tools we use to interpret the world. Consequences of Capitalism make the deep, often unseen connections between common sense and power. In making these linkages we see how the current hegemony keep social justice movements divided and marginalized. More importantly, we see how we overcome these divisions.

Noam Chomsky was born in Philadelphia, Pennsylvania, on December 7, 1928. He studied linguistics, mathematics, and philosophy at the University of Pennsylvania. In 1955, he received his Ph.D. from the University of Pennsylvania. Chomsky is Institute Professor (emeritus) in the Department of Linguistics and Philosophy at the Massachusetts Institute of Technology and Laureate Professor of Linguistics and Agnese Nelms Haury Chair in the Program in Environment and Social Justice at the University of Arizona. His work is widely credited with having revolutionized the field of modern linguistics. Chomsky is the author of numerous best-selling political works, which have been translated into scores of countries worldwide. Among his most recent books are Hegemony or Survival, Failed States, Who Rules the World?, Requiem for the American Dream, and What Kind of Creatures Are We? Marv Waterstone is Professor Emeritus in the School of Geography and Development at the University of Arizona, where he has been a faculty member for over 30 years. He is also the former director of the University of Arizona Graduate Interdisciplinary Program in Comparative Cultural and Literary Studies. His research and teaching focus on the Gramscian notions of hegemony and common sense, and their connections to social justice and progressive social change. His most recent books are Wageless Life: A Manifesto for a Future beyond Capitalism (University of Minnesota Press; co-authored with Ian Shaw) and Geographic Thought: A Praxis Perspective (Routledge; co-edited with George Henderson).