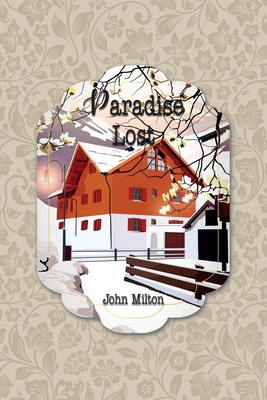 Paradise Lost is an epic poem in blank verse by the 17th-century English poet John Milton (1608-1674). The first version, published in 1667, consists of ten books with over ten thousand lines of verse. A second edition followed in 1674, arranged into twelve books (in the manner of Virgil's Aeneid) with minor revisions throughout. It is considered by critics to be Milton's major work, and it helped solidify his reputation as one of the greatest English poets of his time.

The poem concerns the biblical story of the Fall of Man: the temptation of Adam and Eve by the fallen angel Satan and their expulsion from the Garden of Eden. Milton's purpose, stated in Book I, is to "justify the ways of God to men."

iBoo Press House uses state-of-the-art technology to digitally reconstruct the work. We preserve the original format whilst repairing imperfections present in the aged copy. All titles are unabridged (100% Original content), designed with a nice cover, quality paper and a large font that's easy to read.