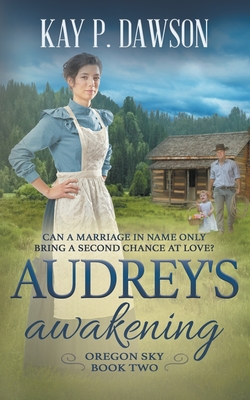 Can a marriage in name only bring a second chance at love?

After losing her husband on the Oregon Trail, Audrey is being forced to go back home and marry a man her father has chosen. Still grieving her husband, and not wanting to leave her new home in Oregon, she makes the decision to marry a man who needs her help looking after his daughter - a marriage he has said will be in name only.

Reid Wallace lost his wife during childbirth and has been raising his two-year-old daughter alone. His heart died with his wife, and he has vowed to never love again.

When Audrey's father learns of her remarrying, he sets out to have the marriage annulled and take her back to a man she doesn't even know.

Illness, insecurity, and guilt abound as their hearts struggle with the new feelings Audrey and Reid are uncovering.

Will they be able to overcome everything that seems to be working to destroy the future they are building together? And can they help each other heal the pain in their hearts, while finding a way to love again?