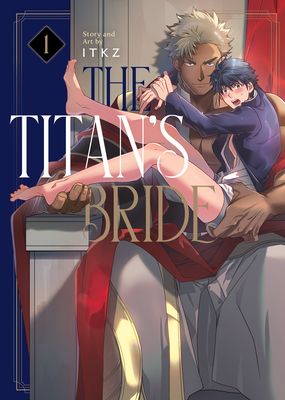 
Usually Ships in 1-5 Days
In this Mature-rated Boys’ Love fantasy isekai that inspired an anime, there’s nothing small about the love between a human and a titan prince!

Senior Kouichi Mizuki is about to take his final exams and graduate from high school, when he suddenly finds himself in a world of titans. Not only is he no longer anywhere near home, but one of these giants, Prince Caius, has claimed Kouichi as his bride! Thanks to a disturbing, world-ending prophecy, the prince’s upcoming nuptials cannot be with anyone of his world. Since Caius has no plans to send Kouichi back to earth, he is wholeheartedly set on taking Kouichi as his “wife”!

Seven Seas’ special print release of this Mature-rated favorite will feature the completely uncensored original art not available in other editions.
ITKZ is a manga creator in Japan best known for The Titan’s Bride.