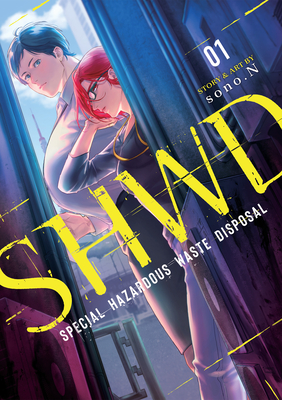 This is book number 1 in the SHWD series.

Special Hazardous Waste Disposal (or SHWD) has a mission to destroy mysterious biological weapons left behind after the last war. Though SHWD mostly hires men, their newest recruit, Koga, a buff female operative, is assigned to Sawada, the only other woman in the Tokyo branch. Before long, Koga finds herself falling for Sawada, whose powerful psyche compliments Koga’s big muscles. Together, the unlikely duo must confront monsters beyond their wildest nightmares. Office romance meets buddy cops meets yuri horror!
sono.N is a manga creator in Japan who specializes in Boys' Love and yuri, best known for Itooshiki Hibi, Your Warmth (Winter Never Ends), and SHWD.