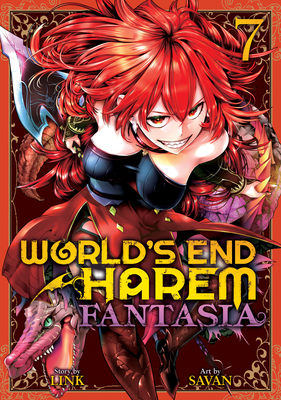 
Usually Ships in 1-5 Days
OUT OF THE FRYING PAN, INTO THE FIRE

In Felaris’s hometown, Arc and Felaris face down a fire-breathing salamander to save the village from being burned to the ground. Meanwhile, the Garsul and Enshuu families are gathering in Isteshia for Gavial’s Kenshin ceremony. Arc must go to Isteshia to play politics and win the favor of these powerful families in order to bring down the empire. But will a familiar face stop Arc in his ambitious tracks?
LINK is a bestselling Japanese writer best known for the manga World's End Harem and its spin-offs, including World's End Harem: Fantasia.

SAVAN is a Japanese manga artist and writer best known as the artist of World's End Harem: Fantasia.