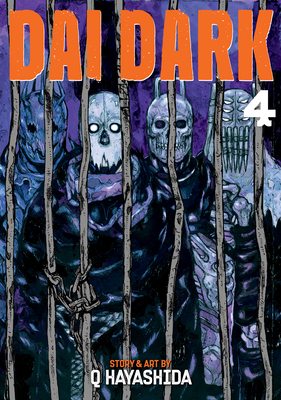 This is book number 4 in the Dai Dark series.

A FISTFUL OF BONES

Zaha Sanko is the most wanted man in the universe. They say that if you claim his bones, you’ll receive anything your heart desires. Having the entire galaxy trying to kill you all the time is kind of a drag when you’re just fourteen years old, but Sanko has the mysterious power of darkness on his side, not to mention a talking spaceship and three horribly powerful space weirdos. Together, they’ve stayed one step ahead of the interstellar megacorporation Photosfere and an ancient cult that calls itself the Lighthead Order. But now, those two organizations are about to join forces to create a brand-new secret weapon!
Q Hayashida is a Japanese manga creator best known for her series Dorohedoro and Dai Dark.