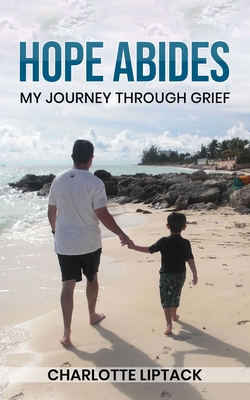 August 15, 2014, I received a phone call that would forever change my life. My husband of 19 years, Larry, and only child, nine-year-old Landon, had just died in a plane crash. This is my survival story. I say survival because at times I thought I would die of a broken heart. Although, this story is the raw, vulnerable truth of grief, my survival is anchored in hope and faith that was shaken to its core. God met me right where I was and walked with me on the most difficult and burdensome journey of my life. My prayer is that my story helps pave the path for others who are on this difficult journey of surviving grief.

Horrific things happen to good people without rational explanation. Charlotte lost her entire family in a plane crash. On April 1, 1990, I lost my wife Ellen, my entire family, in a car crash. We had been married for seventy-seven days. Charlotte and I are both Christians, and we both struggled to understand how the "kind and just" God we had been taught to believe in and trust could allow us to be hurt so badly. Through all the tears, anger, and relapses that were triggered when a special song came on the radio, we both realized God loved us by putting Larry, Landon, and Ellen in the center of our lives. Hope Abides: My Journey Through Grief in NOT a step-by-step instruction book to overcome unbearable grief. Instead, Charlotte's book clearly shows the only true path forward from despair is faith in God. Please read and believe. ─Pete Olson, United States CongressmanTexas Congressional District 222009 - 2021

Charlotte was born and raised in north Texas until moving to Houston in 1995 after marrying Larry. In 2004 she gave birth to a son, Landon. She served as an educator her entire career. On August 15, 2014, Charlotte received a phone call that changed her life; her husband and son had just died in a plane crash. Charlotte says, "The years have been difficult and yet God has given me HOPE and peace that really does surpass all understanding.